One of the computers we purchased for a customer came with a 3 year onsite warranty. The extra 2 years of warranty was provided by U-NITED Warranties (aka United Warranty) (http://www.u-nited.com.au/ or http://www.unitedelectrical.com.au/).

As of today I am still waiting for a response as to where the machine is.

March 14th. After a lot of bitching I was finally able to get a part refund on the computer so that I can replace it myself! So crap, but I can get a new machine much faster than this company can return phone calls!

I will never use this company again for anything. 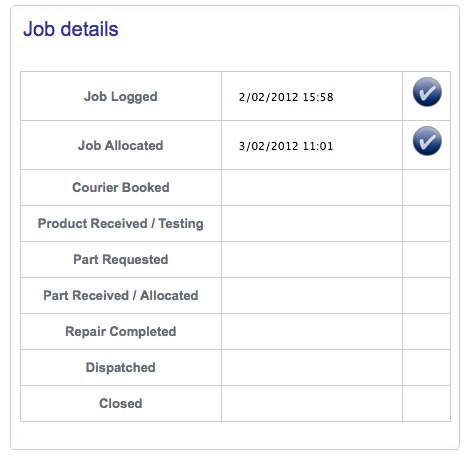 So the cheap dell was nice for the price.

This server was much more expensive.

You can purchase some really cheap computers these days. Makes me wonder why cloud computing is so popular (hint people are lazy).

24gb Ram and SBS for less than $3k, seriously nice.

It has been interesting to see my clients thoughts on cloud computing. Some are all for it, while others won't touch it. Long term it seems like the only solution, but for many customers they simply don't trust these cloud providers (and I'm mostly in agreement).

So we've got two computers in the house using Intel Matrix raid.

From what I've found, if WIndows crashes or isn't shutdown correctly the Raid will require rebuilding, both these systems do it. While it is rebuilding the performance is awful. It also takes up to 24hrs on our server to rebuild the array.

The other thing I have found is that the write performance on the Raid 5 drives is really really slow. My desktop was running it, bad idea I should have just stuck to a single drive, there was no real reason for using Raid.

Both systems aren't bad/slow (Q6600s with 8 and 4gb ram). We've also got a Raid 5 in the server running off a RaidCore PCI-X card and it is great. Never needs to rebuild and it is quick.

So yeah not surprising that the RaidCore actually works well but I didn't think Intel Matrix raid would be so bad...

Got myself a new dev box today:

We're just in the process of replacing our server. Specs:

So email is currently down but will be back up tonight.

I purchased a new desktop computer the other day (first one since 2003). Unfortunately the video card has not come yet, so my vista "experience" score is interesting :)

Finally got a new server running. So I'm in the process of moving the websites over it to.

The Web Server is having issues *again*. This time it looks like one of the CPUs isn't working. So it's going to be running with a single cpu until I get around to fixing it :| EDIT: Still having issues. Might be a power supply issue, but we don't have another one to test with.