Tom Quinn has successfully put together a working copy of rdesktop for the IBM thin client. I have repackaged it into a tar.gz and have since tested it on my thin client. To install download this file to your thin client in the root of the drive / http://www.bluetrait.com/files/N2200/rdesktop-linux2200.tar.gz then from a command line run:
tar -zxvf rdesktop-linux2200.tar.gz
You should now be able to start rdesktop by running it from /usr/bin/rdesktop. The command I use to start it is:
./rdesktop -u administrator -p - -f -k en-us -r sound -a 16 10.0.0.1
Now Tom said that he had problems getting it into full screen, I did not have this problem. Let me know if it is a problem for you. Also the key mapping for the backspace key still does not work. When I get a chance I will look into it. If you'd like this to run on startup modify .xinitrc in root and add the rdesktop start command.

I thought the documentation on installing Linux onto the N2200 wasn’t great so I decided to write up something myself.

Please note that I did not write or compile this software, the original source of this program can be found here.

Things you’ll need: Getting the files

Make sure you have all this stuff before you start.

You will need to be logged in as root for most of this installation, if you feel you may break something use a live CD.

I used Ubuntu 4.10 on my PC as that is what I had on CD at the time. This can be downloaded from here.
If you don’t feel like downloading a 600mb ISO you could try damn small linux, this should work too, although I haven’t tried it
(Note: Some people have had issues with Fedora 4 and 5 when creating the image on the CF card).

The first step is to create a partition on your CF card. I used fdisk to do this. In most cases the CF card is seen as a SCSI device and will be in the form /dev/sdX where X is the SCSI number (a,b,c etc). If you have no other SCSI devices it should be /dev/sda, if you have a multi format card reader (or USB stick plugged in) it maybe /dev/sdb /dev/sde etc.
Fdisk /dev/sda

Create a new Linux partition (you want it set to partition 1) Then write and close. Now you can create the Linux file system.
mke2fs /dev/sda1

If you need to update your N2200 BIOS copy bflash.2200 to the root of the CF card too. Now un-mount the CF card.
Umount /mnt/someplace.

If you need to upgrade your N2200 BIOS press ESC on start up and choose to boot off the flash card and point the system to boot from /bflash.2200. Then restart the system. The BIOS should be upgraded and the system will restart. Go back into the BIOS and make sure the system now boots off /linux.2x00 (not 2200). Linux-2200 should now be running on your system .

The following is taken from here:

You must have a Debian Woddy Linux.

First look where the app (for example:Nedit) you needed is:
$ whereis nedit
nedit: /usr/X11R6/bin/nedit

copy nedit to your card

look if the libaries are on your card, otherwise copy the missing libraries to yourcard. Make sure the libary isn't a link.

to copy both (the lib and the link) make

In this case (nedit) thats all. Some apps needed more files (configuration files, etc) or depend on other apps, then you have to look into the docs,to google or to find it out by "try and error".

Unfortunately my WXX doesn’t power on, it seems as though about 7 capacitors have blown on the system. I am looking into replacing them although I don’t know if this will bring it back to life.

The capacitors are 1500 microfarad at 6.3volts (although voltage isn’t an issue as long as it is at least 6.3volts).
It seems that is was fairly common on the N2200, although I think it maybe only the WXX model as my 4 EXX systems are fine.

Have a look at the photos below, the WXX is on the left (blown capacitors are in lower left).

The 16mb flash card in the WXX contains Windows CE although this doesn’t work on the EXX model. Apart from that (and the small motherboard differences) the systems are almost identical. Each system has a Cyrix MediaGX subsystem (Video and CPU). Setting up Linux-2200

Linux-2200 is a very basic Linux install based on Debian. It is quickly done and probably needs a little work. Here are some configuration changes I did to the system after I installed it. Make sure you make these changes to the flash card (and not the ram disc). Fixed the keyboard mapping as it is set to a German style keyboard. Changed the DNS settings Performance

A quick note on performance Things to do

There are some issues with Linux-2200, for example the web browser included (dillo) at its current version does not support CSS and many other things. I plan on getting firefox running on it, so I will update this page when/if it gets done. I would also like to redistribute Linux-2200 with some small changes (including the fixes above and firefox)

Other Software for the N2200 Other Links

I should write up a quick how to as the info on the site isn't great. I was very surprised at how fast the system runs.

Spending a bit of money this week! Argh. Anywho.

They have a 233MHz CPU, 64mb SDRAM, Internal CF card slot (for client software), sound card, USB, Ethernet, and a 4mb video card. They can do network boot via PXE and they have also been hacked to support linux booting off the flash card. The linux distro includes XMMS and a Web browser.

They are almost silent and look pretty cool (and are really small). I haven't got them yet, I should get them late next week. 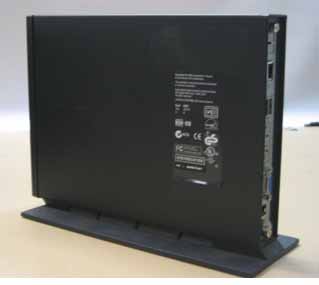 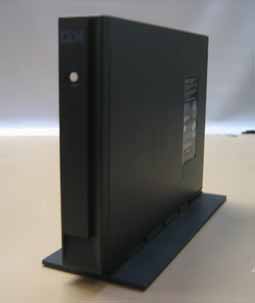 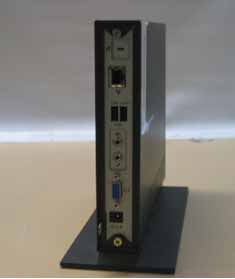 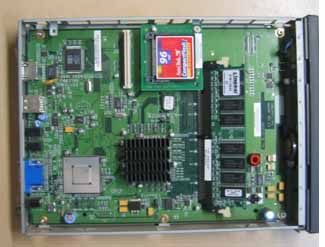 (check the keyboard to compare the size): 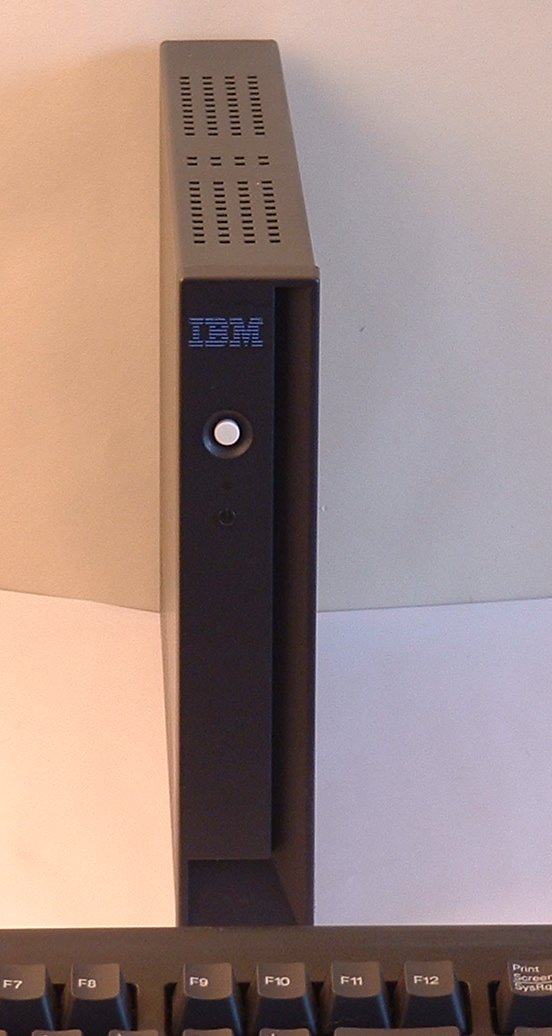 A forum thread about getting linux to work on them