I ended up writing this in pages but here is the PDF.

So 12.1X47 just came out and no longer supports SRX devices with less than 2GB of ram.

I have a couple of spare Juniper SRX240Hs (so first gen devices with 1GB of ram) and would like to test 12.1X47 in my lab, unfortunately I don't have any 2GB ram devices in my lab.

When trying to install 12.1X47 on the SRX240H you get the following error:

So I decided to see if I could work around this and trick JunOS into installing on my 240H, I was successful :D

I wouldn't recommend ever using this in production, but I am sure it will work fine for the lab. The only difference between the 240H and the 240H2 is that the H2 has 2GB flash and 2GB ram, CPU is the same.

Now you can actually upgrade the ram in the SRX240H to 2GB, it just uses standard DDR2 PC ram (you just need to find a 2GB stick, I used 800MHz but 667MHz ram should work too).

Take off the SRX case and swap out the ram, easy! 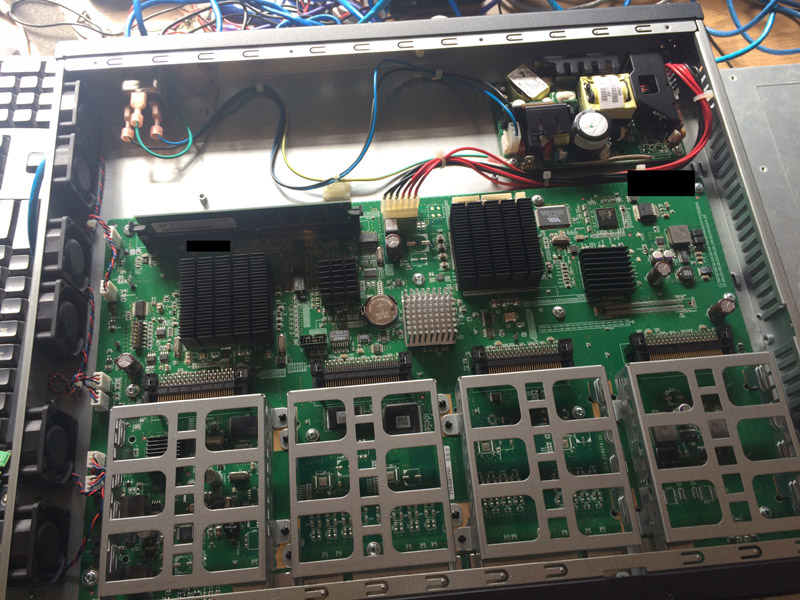 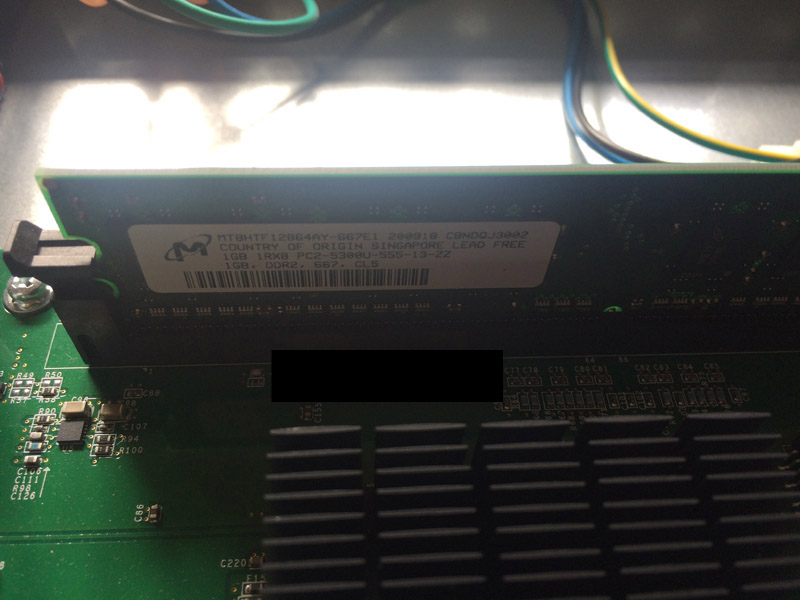 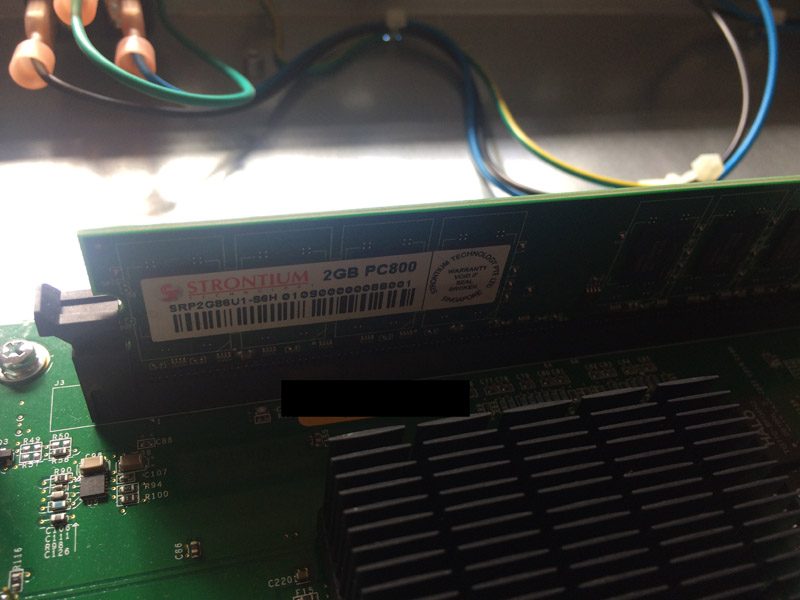 As you can see the SRX now boots with 2GB of ram: 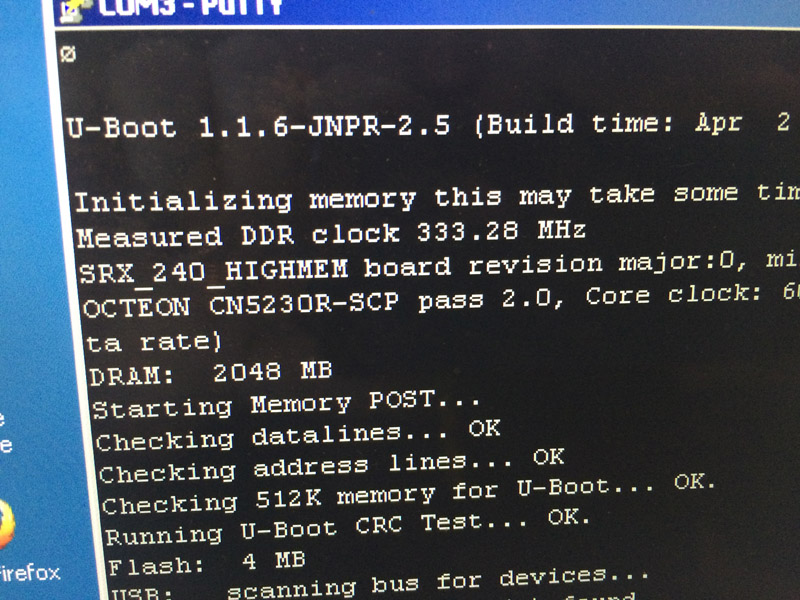 Unfortunately this isn't enough for 12.1X47 to install, the installer checks the model number not the amount of ram.

I did this on Mac OS but any *nix system will work, it isn't that hard. 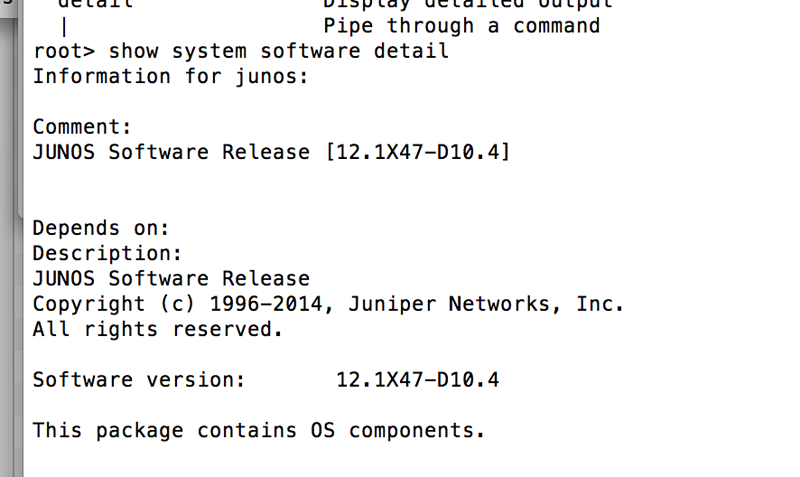 Now this process still leaves the SRX 240H with only 1GB of flash, but even with a dual root partition there is still 100M+ free space on the primary mount point.

That should be fine for now, you might need to use external logging or a usb flash drive in future though. 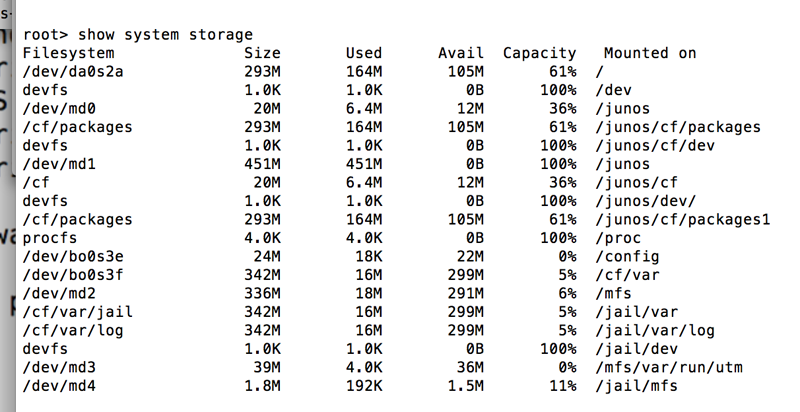 I am interested to know if this process works on 1GB ram devices, as these changes might allow JunOS X47 it install on them. Although I would recommend 2GB ram.

"Note: Upgrading to Junos OS Release 12.1X47-D10 or later is not supported on the J Series devices or on the low-memory versions of the SRX100 and SRX200 lines."

I thought maybe it would just be the base memory devices e.g SRX100B or SRX210B but it looks like any SRX device with 512MB or 1GB ram are not supported.

This is a shame as for example the SRX110H devices weren't that old and supported removable/upgradable CF cards. Even the SRX240B2 is not supported! You need 2GB of ram.

The ASA5505 is good example of a device designed to last. Pity I like JunOS so much!

I have a couple of SRX240Hs, these allow you to upgrade the ram (standard DDR2), so I wonder if an upgraded 240H will work. 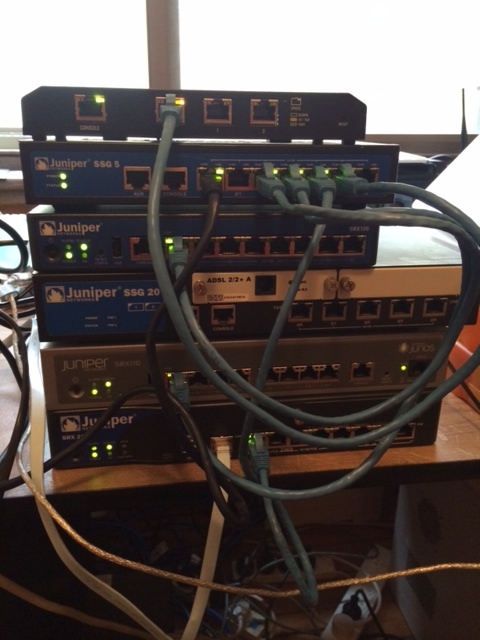 From top to bottom:

I don't normally sell Cisco products, but one of my clients already has a full Cisco network, so for them we purchased an ASA5505 for a remote office.

Cisco have made a number of upgrades to the software of the ASA range and have really stuffed up a few sections.

Overall the ASA5505 is a good product, but they've done some stupid things with the range. I wouldn't recommend one over a Juniper SSG.

I don't know why companies always create shitty products, the Juniper SRX range is another fine example. The code base on the Juniper SRX is still buggy. Junos 10.2 should finally fix most of my issues with the OS, but really.

Well I've finally had some time to finish off my review of the SRX210! It's only taken like 4 months. There is still some things missing from this review that I will post about at some stage.

Native IPv6 over PPPoE with Internode and a Juniper SSG5

Internode released a trial of native IPv6 over ADSL a few months back, so anyone with an ADSL account with them can try it.

So one of my clients has an SSG5 and an internode connection so I thought I'd set it up.

The very first step is to enable IPv6 on the SSG5, this requires you to run the following command and then restart/reboot the device:

Once done you should now have access to all the IPv6 functions in the WebUI.

The next step is to modify your PPPoE connection settings.

Now you need to enable IPv6 on the interface that the PPPoE connection is setup on.

So the above should be enough for you to get the /64 on the PPPoE interface.

Internode is currently handing out a /60 for use in your network (via DHCPv6), so lets now set that up.

In the above "bgroup0" is my LAN interface.

In the above the IPv6 address there is my first /64 out of the /60, I've manually set it to a :1 address but you can use whatever it's default auto assigned address is.

Now we need to setup the default IPv6 route, as the one that is added by default is incorrect.

And finally the IPv6 policy to allow traffic out (yay no NAT).

That should be all you need to do to get IPv6 working on your network.

There is more information over at the internode site if needed.

And here is a traceroute from a computer on the LAN

We'll I've got my Juniper SRX210 up and running and it supports some stuff the old SSG didn't (it is also missing a few features too).

One of the new features is the support for JFlow (which is the Juniper version of Cisco's NetFlow).

Basically it means that the firewall can log traffic to a server in a format that allows for graphs such as this: 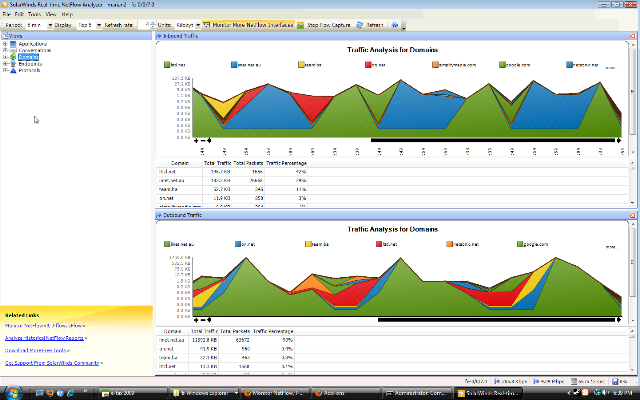 Pretty cool. Anyway the documentation for the SRX isn't that great, so here is my configuration for this (running SRX JunOS 9.6):

We'll I've had my SSG 5 for about 2.5 years now and it has worked great, and will probably keep working for many years to come. But Juniper have released a new/replacement model (kind of, they're still selling the SSGs) that runs JunOS.

So I thought it was about time to learn the operating system as ScreenOS (OS on the SSG) will eventually be discontinued.

Anyway hopefully I should get it next week and then I'll do a review of it.